The New World Religion Gets the Go Ahead 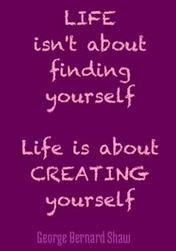 I suppose it's entirely logical that after the NWO we now meet the NWR - the New World Religion.

What is a "religion"?

Maybe we should start by asking what a religion is not ...

A religion is not based on logic and irrefutable scientific evidence. It may be based upon ancient scriptures, but humans are notoriously fallible and so cannot be trusted to transcribe the "word of God" without deliberately or inadvertently corrupting it. So we must make the best of what we have and create dogmas that reflect our intentions.

Organised Religion is based primarily upon dogma. Doctrines that may or may not be true, but are held to be true as an act of faith. You accept them or you don't.

Organised religions (Catholic Church etc) lay great store by their dogma, and control their adherents by priests who have been carefully trained to indoctrinate their flock in their dogma. Doubts tend to be acknowledged in general but never permitted in practice.

But we are not writing this article in order to explore the different religions (too complicated and it's been done elsewhere). No, we are here to check out the new anti-religion, which shares the religious attribute of reliance upon dogma but in other respects, namely the belief in a spiritual dimension to life, is the polar opposite of the established religions.

"God" and the "soul" are done away with, physical man is all there is.

What of Mammon? I guess they would deny Mammon too, yet without God, what would restrain the urges of Mammon? God and Mammon are spiritual notions, one positive, the other negative. Can we live without them?

Well, I suppose it depends on whom you ask ...

Maybe we should ask the high priests of the WEF-UN partnership? Or maybe Joe Biden, whose National Biotechnology and Biomanufacturing Initiative has reportedly swung the full weight of the federal government to "embed transhumanism into the fabric of American culture" - and we know that what happens in the US of A is migrated with alacrity over into the UK (via your supportive NHS clinic?), seemingly no questions asked.

"This document’s Orwellian title ... will assure that its significance will fly right over the heads of 99 percent of the media, even the conservative media ... I plead with everyone reading this article to please not make that same mistake"