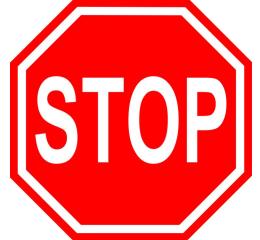 Nineteen Republican state attorneys general backed Texas in the US lawsuit whilst twenty Democrat state attorneys backed the defendant states. The Epoch Times has the story.

(Breaking news: The Texas lawsuit will be retooled to be filed in the four states noted above plus Arizona and Nevada)

With regard to the UK case, Simon Dolan remarks that this "means that unelected Judges have set a precedent which now makes it impossible to challenge the Government’s use of the Public Health Act 1984 to trample over Civil Liberties and to emasculate Parliament in the process".

“By criticising us for having a ‘Rolling Judicial Review’ case, it means that when a Government in future uses these emergency powers, provided that they change the regulations every time they are challenged, they can keep avoiding the very mechanism – Judicial Review – that is there to provide a vital check and balance under the UK's unwritten constitution"

He also suggests that the court applies double standards: "our case has been treated with a far different approach to the Brexit case brought by Gina Miller, who twice defeated the Government in the Supreme Court, once over the right of MPs in triggering Article 50 and then again over the Prorogation of Parliament"

Read the whole of his reaction here.

In principle I think that the courts are right to set a high bar for any case that threatens to impinge on matters that properly belong within the purview of Parliament, and whilst Parliament was effectively suspended earlier in the year when this case was originally brought, it is open and (more or less) functional now, and could already have brought the lock-downs to a close had it so wished.

Nevertheless the Gina Miller cases set a precedent that the courts could rule Parliament out of order if it was deemed to act outside the constitution, so there is an argument to be had that in its draconian scope its use of the 1984 Act is also unconstitutional.

Do not cases of this importance where both national stakes and emotions are so high at least merit a hearing in open court, if only to ensure that justice can be seen to be done? We the people surely deserve that much.