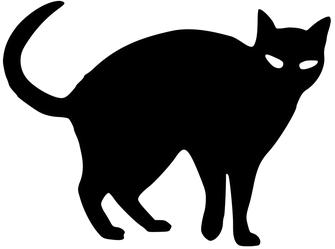 This is an extraordinary Bill.

"Covert Human Intelligence Sources (CHIS) are crucial in preventing and safeguarding victims from many serious crimes . . . "

"This is not a new capability; the Bill provides a clear legal basis for a longstanding tactic which is vital for national security and the prevention and detection of crime"
(in other words they have been doing this for years so don't worry, nothing to see here)

"Only the intelligence agencies, NCA, police, HMRC, HM Forces and ten other public authorities will be able to authorise criminal conduct"

Of course it includes provision for "safeguards":

Am I alone in thinking that this raises far to many questions for any free-thinking citizen to contemplate with equanimity?

But fundamentally this Bill drives a coach and horses through the basic principle that justice must be seen to be done.

A vague commitment for the Investigatory Powers Commissioner to produce an annual report may be confidently expected to be inconsequential in practice, will probably (justly or otherwise) be considered as whitewash, and can do nothing to provide transparency since the matters under consideration will by definition be covert and will presumably be considered to need to remain so.

Likewise the Investigatory Powers Tribunal is hardly likely to be overwhelmed by complaints if crimes are (as we may expect given the covert nature of the CHIS) committed covertly.

In practice there seems to be almost nothing in this Bill that will in reality reassure the public that these "public authorities" will not in time come to consider themselves above the law.

Far from furthering the objective of safeguarding victims from serious crime, this Bill could pave the way for official involvement in such serious crimes if any part of the government or its covert agencies should be corrupted - and who would bet against that possibility?

Remember the golden rule of life and computing - "if it can go wrong, it will".

Ultimately the only defence is transparency, and this measure does not measure up.