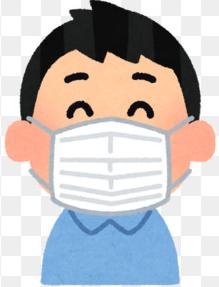 Yes, it hasn't escaped my attention that this is the 1st April - but the article in question was written in March!

Lockdown Sceptics posted a somewhat jaundiced review of where the government is going to take the NHS Test and Trace app, and having read it a few times I find myself torn between thinking that they have finally lost it and gone full conspiracy theorist, and on the other hand thinking that "our" government really might be controlled by some James Bond villain(s) working from within a secret lair to control the world. The latter notion probably wouldn't need more than a few dupes at the top of the power pyramid to ensure that the wrong direction is taken.

"... displays your medical records to unwitting restaurant owners, bar staff, and presumably anyone with an authoritarian streak who sees themselves as an agent of our new bio-security state. It is morally and ethically bankrupt, but technically, could it work?"

That last question is apposite because our governments' (of all hues) track record in setting up workable IT systems is derisory in virtually all respects, but whereas in the past the fall-out from these has been limited mainly to the profligate and appalling waste of taxpayer's money, and failure to deliver its limited objectives, it doesn't take that much imagination to understand that the fall-out from this one could be hugely disruptive to our businesses, the economy, and our way of life.

Perhaps it's a phase we have to go through before the penny finally drops that the technocrats should never be let loose to inflict their barmy ideas on society again, but if it's all the same to you I'd rather not be reminded of that obvious fact of life the hard way.

Yesterday also (still in March I remind you) UK Column News took up the similar theme regarding the plans to monitor our movements (purely as a precaution against the spread of Covid you understand) and cement it in place for years by means of an international treaty to manage the inevitable pandemics that we are assured will certainly come our way; thus ensuring that we can't ever again go down the pub for a drink and a natter (even outside) without notifying the authorities.

Of course, it's not too much of a step from there to tack on another much-beloved traffic-light system so that once you scan the QR code at point of entry, you could then be flashed green to permit entry or red to deny. I'm sure i read that China already has something similar.

With Covid (cases, hospitalisations, deaths) on the ropes in England and warmer weather approaching, is this really acceptable?

Case rates have plateaued in most parts of the country, and in younger age groups infections have begun to rise once again. We must not drop our guard now after so much effort by so many. We need only look to Europe to see how easy it is for things to take a turn for the worse"

(my highlight) Below is the latest chart of "cases" from the download report of that same week:

Since when did "plateaued" come to mean "collapsed"?  Newspeak seems to be here to stay.

Note: "cases" are positive tests, and not indicative of illness, or even presence of the virus.