More Mayhem at the Met? 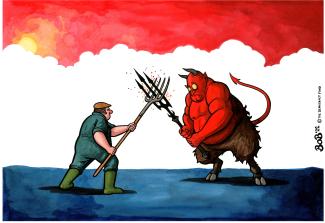 According to the Mirror:

So, no smoke without fire perhaps?

Let us hope Sir Mark Rowley will be permitted to do his job and that he has both the necessary support and the will to take it wherever the evidence leads, without fear or favour, as is his duty.