The Gauntlet has been Thrown Down 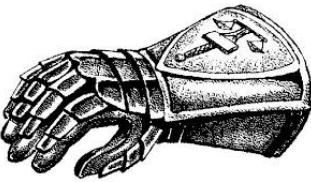 Simon Parkes is (like Charlie Ward) a man who presents to us as an information source on behalf of what we on this site refer to in general terms as the "Greater Reset".

He presents himself as an ordinary person, like you and I, and unlike Charlie he lives in the UK with us (

). In a way he is a bit like the "Klaus Schwab" of the Greater Reset - a face who purports to tell us what the men behind the scenes have in store for us (don't push this notion too far!).

What I call the "gauntlet" is a document prepared by the "top man" in the Greater Reset team in the USA, and may be downloaded from the link at the foot of this article (which takes you to a Simon Parkes web-page). It has been released to followers of Simon and Charlie (and probably via other channels although I have no information on that).

It summarises the state of the world in particular as it afflicts the USA, and suggests a process by which "we the people" may take back control of the USA.

I presume that it is released directly through these unconventional channels because it is addressed not to the media, nor to royalty, nor to presidents, nor to politicians nor to oligarchs nor to civil servants nor to NGOs nor to philanthropists nor to anyone else who claims authority over us, but directly to "we the people".

We the people are the ultimate authority in the land and it is addressed to us.

Although primarily applicable to the United States of America (it is couched in terms appropriate to them) it is not without relevance elsewhere in the world.