A Dissident's Guide to the (UK) Constitution 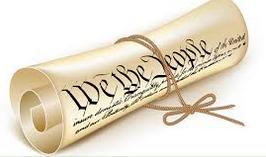 These are UK Column podcasts which explore the UK Constitution, where it came from, where it may be going, with Alex Thompson and others.

"By popular request, and to meet the need of the times, Alex Thomson is joined by Mike Robinson and David Scott to brief dissidents on the Constitution. The podcast will be of interest to overseas listeners too but primarily explores the English and Scots Constitutions, the common law, and the British constitutional legacy"

"Join us to find out why state bodies like to masquerade as The People when prosecuting; why juries are being curtailed and abolished step by step; whether it is true that a freeman can individually say he does not consent to statutes"

"Were our rights won for us by being asserted by our forefathers against government, or are they graciously granted by government and then curtailed and withheld again by that same government with a supposedly heavy heart?"

"Self-government or the consent of the governed? One or other of these assumptions about democracy must be a sham if the other is valid. Either we are ruling ourselves, or someone else is ruling us, and one or other of these has to be the preferable model"

"Why do UK Column News presenters voice consistent scepticism about the proposal of "direct" or "participatory" democracy and the likelihood that those chosen to have their say will be briefed by the Klaus Schwabs of this world?"

"Parliament, called into being to protect us from the state, has become the state — through the mechanism of the unlawful party system, fuelled by the self-entitlement to others’ stuff that we call universal suffrage. The Bill of Rights 1688 determined that elections of Members of Parliament ought to be free; they cannot be free with our post-1874 situation of whipped parties, like-it-or-lump-it manifesto packages, and controlled hustings"