Was the "Pandemic" Driven by the Prospect of Imminent Financial Armageddon? 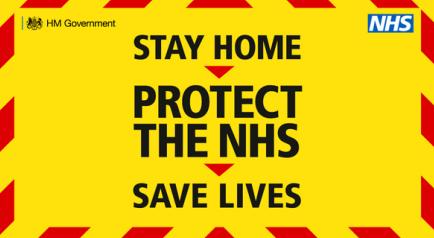 Whilst (inexplicably, since we acknowledge the need to re-elect them every now and then precisely because we don't trust them) many retain trust in our government and its associated national institutions, many others are now aware of the growing chasm between what the government says and what it does. Vaccine passports? We don't do that sort of thing in this country. They will now be introduced for large venues (and if we can get away with that then no doubt small venues too as soon as possible).

We are guided by the science. In the light of the JCVI's recommendations on the vaccination of 12 -15 year-olds we are asking someone else to see if they can find a reason to vaccinate 12 - 15 year olds. But parents will have to give their consent. Oh wait - children under the age of 16 can be assessed as "Gillick Competent" to consent to their own treatment. How soon before they are inoculating 5 yr olds and babes in arms?

Like the on-going "green" agenda to stop the CO2 emissions that provide life-giving green growth to support our need to feed the world, we seem to be living under a Covid agenda that operates solely to the enormous benefit of powerful vested interests and to the huge detriment of everyone else.

Well, maybe not quite everyone else.

Fabio Vighi (Professor of Critical Theory and Italian at Cardiff University) writing for the Philosophical Salon presents a novel perspective on the "pandemic" - that it was driven just as much by the world's financial authorities, who desperately needed an economic collapse in order to hide/stave off the imminent global financial collapse of 2020.

Step forward the novel lockdown to achieve this objective.

"The bottom line is that the paradigm shift underway is the necessary condition for the (dystopian) survival of capitalism, which is no longer able to reproduce itself through mass wage-labour and the attendant consumerist utopia"

"If we scratch the surface of the official narrative, a neo-feudal scenario begins to take form. Masses of increasingly unproductive consumers are being regimented and cast aside, simply because Mr Global no longer knows what to do with them"

Perhaps it's time to begin reimagining the global economic system, to spread the gains from economic endeavour more widely through genuine "Mum and Pop" small-scale competitive capitalism, rather than concentrating them through ever larger tax hikes and restrictive practices (crony-capitalism) into the hands of the few mega-rich bankers industrialists and "philanthropists" who simply don't know what to do with it all.

All in all, this is a persuasive and indeed detailed account of what many consider is probably going on behind the headlines, and he brings to the fore the many factors that support his analysis.