WW3 - or Something Else? 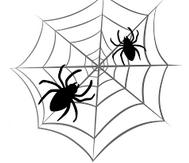 Never before have the world's governments contrived - with the aid of global institutions such as the UN, the WHO, global NGOs such as the Bill and Melinda Gates Foundation, and global corporate interests such as the big pharmaceutical companies - to destroy the existing economic and political order on a global scale through the apparent use of lies, misinformation, double-speak, fear, confusion, and outright in-your-face censorship.

It is perfectly clear that we are no longer living in ordinary times.

New concepts of nebulous clarity (such as "hate speech") have been proposed and indeed  written into law.

New legislation is proposed to counter "on-line harms", to enable censorship to be applied to on-line publishing of hitherto perfectly legal material.

An alleged pandemic (that nobody would recognise without the now infamous test) has been used to strip citizens across the globe of their historic rights and freedoms, to drive smaller businesses into bankruptcy, and fear has been ruthlessly deployed in the national media to coerce as many as possible into accepting a so-called vaccine that has not been through the normal development testing and authorisation processes, and has a largely unknown safety profile.

Compared with the last real pandemic of Spanish Flu over 100 years ago, this one is pathetic, spreading little more death than a normal seasonal flu outbreak in many countries. Some indeed consider that it is indeed just the normal seasonal flu-like, re-badged by a test of contentious provenance.

What is the end-game?

What is the New World Order that (the unelected) Klaus Schwab has been telling us we will all be happy under?

I don't know the answer, but this deep dive into the murky depths of history pulls together some startling ideas.

Does it bring any light to the conundrum?

It's just over two hours and takes a while to get going, but I for one (whilst not necessarily believing every word) am glad that I stuck with it . . .