Mark the Day - "Covid pandemic over in Britain, say experts"! 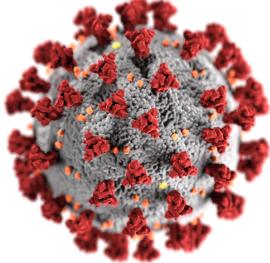 The Daily Telegraph reports (paywalled) that an Oxford University Professor says that Britain has moved from pandemic to endemic.

That would obviously be a momentous statement, implying that the emergency is over.

It is already being fought tooth and nail.

The vaccination programme (being credited by many for this situation) would have to be stopped as none are authorised for use outside of an emergency, and the remaining restrictions would be lifted as no longer required.

Not so fast - the doomsayer in chief Prof Whitty, reported by the BBC unsurprisingly begs to differ. '

Has he not heard how all those in our vulnerable groups have already been offered a vaccination?

Here is our favourite former PM weighing in with his two pennyworth:

On this site we have reported previously on how the government's Covid control programme has been based on documented false premises:

a) That the PCR test is accurate enough to be useful

b) That asymptomatic transmission is a real problem

We have never criticised the vaccines for being ineffective but we have reported on suggestions that rolling out a mass-vaccination programme using minimally tested vaccines which (a) utilize novel technology that has never before passed vaccine safety trials and (b) have no safety record beyond a few months, is grossly irresponsible.

Doing so without clearly informing the public that these vaccines may not be safe in the long term is surely a criminal offence.